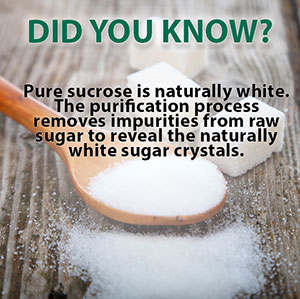 Consumption of Sugars in Canada

There is a concern about how much sugars Canadians consume. It is important to look to Canadian sources of data on what we are currently consuming.

The most recent Canadian Community Health Survey (CCHS)—Nutrition survey, conducted in 2015, provides the best estimate of actual food consumption. It offers an objective estimation of nutrition status based on the collection of food intake data in the form of self-report 24-hour dietary recalls.

Data from 11,787 Canadian adults who were selected to represent the entire adult population [except for those living in the Territories, remote areas, on reserves, or institutions (e.g. prisons or care facilities)] showed that the average intake was 86.9 g/day (18.8 % of energy) for total sugars, 47.5 g/day (9.9 % energy) for free sugars, and 41.7 g/day (8.6 % energy) for added sugars, after adjusting for misreporting status. This adjustment accounts for potential under-reporting as one of the limitations of the 24-hour dietary recall method used to collect dietary intake information in CCHS 2015 (1). 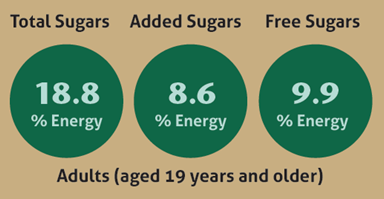 Total sugars intake decreased among Canadian adults from 2004 to 2015, as seen in the table below.

However, differences in population demographics (e.g. older age), survey methods, added/free sugars estimation methods, and under-reporting status between CCHS 2004 and CCHS 2015 may have influenced these observations (1-5).

Interestingly, there was also an inverse relationship between total sugars and total fat and saturated fat intakes as a % energy (i.e., at lower intakes of sugars there were higher intakes of fat and vice versa). This mirrors the “sugar-fat seesaw” phenomenon observed in other countries such as the United States and Australia (6).

Trends in Canadian Added Sugars Availability in the Marketplace 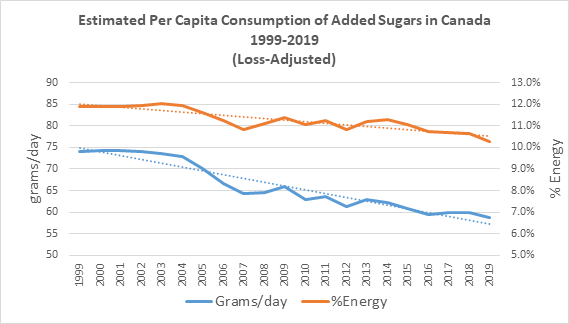 Media articles in Canada often quote American sugars consumption statistics. However, our eating patterns are often different than our neighbours’, and this includes sugars intakes. US per capita availability shows a similar declining trend; however, Canadian intakes are on average about 30% lower than American intakes.

Comparison of Canadian Sugars Consumption to US Data

Comparisons of dietary surveys during the same period of time between the two countries similarly indicate that Canadian adults generally consume nearly 1/3 less added sugars than US adults (1,8-11).