A recent publication by Newens et al. reviewed dietary intake of sugars across the globe using nationally representative dietary surveys conducted in 18 countries between 1995 and 2012.

The data were stratified by age groups, which provides further insights with respect to sugars intake across the lifespan from infants to older people, and can be used as a benchmark for ongoing surveillance. 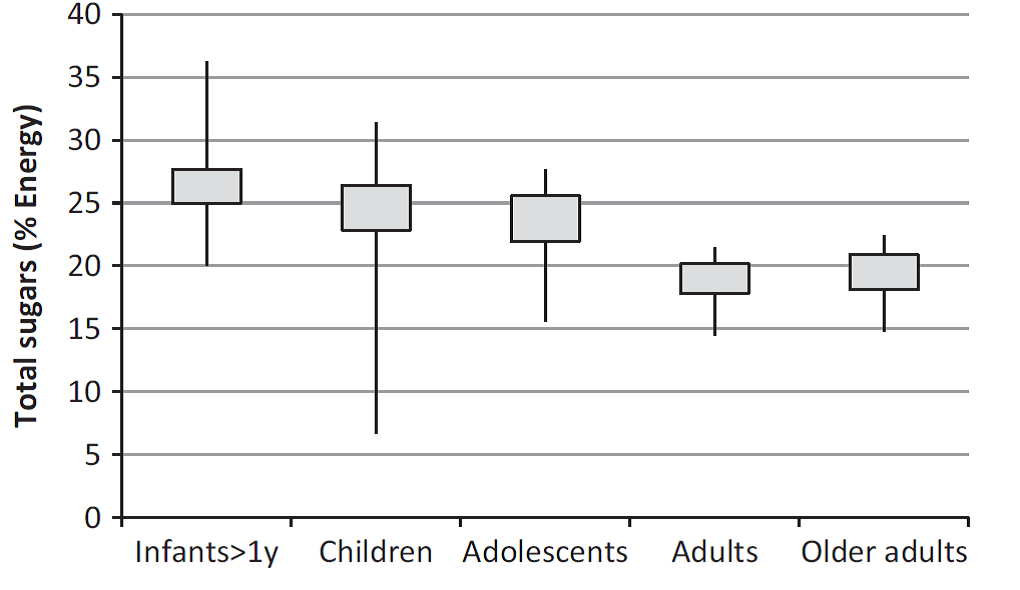 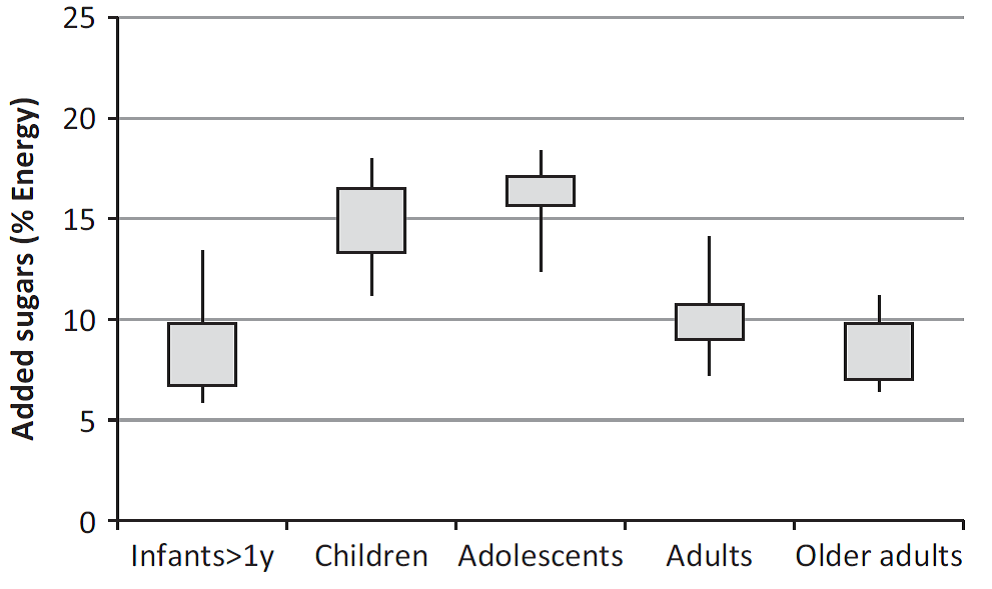 BACKGROUND: Government and health organisations worldwide have recently reviewed the evidence on the role of dietary sugars in relation to health outcomes. Hence, it is timely to review current intakes of dietary sugars with respect to this guidance and as a benchmark for future surveillance.

METHODS: This review collates data from nationally representative dietary surveys across the world and reports estimates of intakes of total and added sugars, and sucrose in different population subgroups. Total sugars includes all mono- and disaccharides; namely, glucose, fructose, lactose, sucrose and maltose. Added and free sugars differ in the quantity of natural sugars included in their definitions. Free sugars include sugars naturally present in honey, syrups, fruit juices and fruit juice concentrates, whereas added sugars typically only refer to those added during processing.

RESULTS: Most countries reported intakes of total sugars, with fewer reporting intakes of added sugars and sucrose. No country reported intakes of free sugars. The available data suggest that total sugars as a percentage of energy were highest in the infant (<4 years), with mean values ranging from 20.0% to 38.4%, and decreased over the lifespan to 13.5-24.6% in adults. Intakes of added sugars were higher in school-aged children and adolescents (up to 19% of total energy) compared to younger children or adults.

CONCLUSIONS: Further research into the dietary patterns contributing to added sugars intake in children and adolescents is warranted. It would also be beneficial to policy guidance if future dietary surveys employed a uniform way of expressing sugars that is feasible to measure and has public health significance.