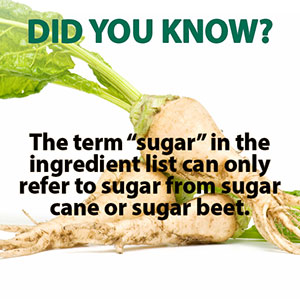 US Government Owns "Mountain of Sugar"

The October 12, WASDE report indicated that the US Department of Agriculture has taken ownership of about 1.1 million tons of surplus US cane and beet sugar. Even after the "Payment in Kind"payout of 260-290,000 tons, USDA will own 810-840,000 tons of sugar. What to do with this sugar remains a problem. US Agriculture Secretary, Dan Glickman, has promised not to sell the sugar back into the US market until prices recover. It could be exported, although there are no known takers and this could leave the US open to dumping complaints. US corn growers object to the sugar being sold for use in making ethanol.

Under US law, if market prices fall below the support price of roughly 18 cents for raw cane sugar and 22.9 cents for beet sugar, farmers or processors who use sugar as collateral for government loans, can keep the money and forfeit the sugar to the government setting a floor price. This has encouraged excess US production, pushing the US price below this floor (although still well above the world price) and triggering huge forfeitures. By way of comparison, the total annual sugar production in Canada is about 1.1 million metric tonnes.

The US global refined sugar quota filled at opening on October 1. The pro rata rate for the low tariff for refined sugar was calculated at 15.168 percent. In other words, importers will only be allowed to import 15% of the sugar they tried to enter. This implies that global importers tried to ship approximately 6.6 times the US quota amount on the first day the TRQ opened. This will reduce the amount of sugar that Canada will be able to export to the US compared to previous years. The US quota will not reopen until October 1, 2001.

On October 6, Rep. Simpson (R-ID) introduced H.R. 5423, (formerly the Breaux amendment) into the US House of Representatives. On October 11, Canada's Ambassador in Washington, sent a letter to the Speaker of the House opposing this latest US attempt to limit so-called "stuffed molasses"syrup.

The sugar syrup is not refined in Canada. It is Brazilian sugar with molasses added in Canada by a British commodities trader, ED&F Man and then "refined" in the US to remove the sugar.

The Canadian industry's concern is that the bill's broad language opens the door to future US import restrictions. It would leave broad discretion to reclassify products under tariff rate quotas if the US determines that there is any extraction of sugar after importation or there is any other circumvention. According to the Canadian letter, such an amendment would constitute a violation of US international trade regulations.

On September 25, 2000, USDA announced the withdrawal of its proposal for an import licencing regime for sugar containing products (SCP's). The proposal, which would have benefited a small US iced tea packager, was vigorously opposed by industry on both sides of the border and the Canadian government. US industry, in particular, argued that the US government ought not to take sides in what was widely regarded as a commercial dispute. One of the major issues raised by the US as justification for the proposal was Canada's value-added requirement that a certain percentage of bulk SCP's under the restrictive US quota be converted to retail ready exports over a period of years. On June 20, Canada dropped this redundant requirement from the books.

The Canadian Alliance of Agri-Food Exporters (CAAFE) and the Agri-Food Industry Trade Group (AITG) held a joint seminar in Banff on October 10, to coincide with the Cairns Group meeting. The seminar was attended by over 100 representatives from 16 countries. Speakers, including ministers and producers, called for immediate action to liberalize trade in agriculture and to provide more export opportunities for cash strapped farmers.

Minister Vanclief's press release following the Cairns meetings said: "Time is too precious and the dangers too grave for our producers who are facing dramatically unfair levels of subsidies and market restrictions from other countries."