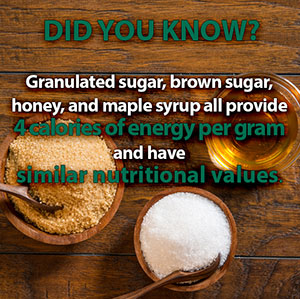 Clarifying media coverage of a recent study on sugars and cancer

A new study examining how glucose is processed for energy in yeast and cancer cells was recently published in Nature Communications. Not surprisingly, the study received heightened media attention since the press release for the study stated, “Scientists reveal the relationship between sugar and cancer”.

While the study does provide novel findings in understanding basic metabolic pathways in cancer cells, it does not show any evidence that dietary glucose or other sugars are linked to cancer. This was a basic experimental study conducted in the lab that tested a theory about how glucose may be used to regulate the growth of cancer cells. Below are brief highlights of the study:

There is no one single cause of cancer. Diet is one factor among many that may play a role in cancer initiation or development.

For a more in-depth review of the study, please see: