Value of Sugar to the Canadian Economy

The Canadian sugar industry is internationally unique in that it does not depend on government subsidies. Basing its prices on world raw sugar markets, it sells sugar at prices that are among the lowest in the world.

Since its inception, the Canadian sugar industry has operated under an open market policy, based on the principles of free trade. By aligning sugar prices closely with world market raw sugar prices, Canadian refiners have been able to market refined sugar at prices below those of almost all other industrial nations.

In most other countries, government intervention supports sugar prices at artificially high levels and imports are restricted. While these policies protect the domestic sugar producers in these countries, they also result in higher prices for the consumer and sugar-containing product manufacturers. Canada's low sugar prices benefit Canadian consumers and have helped many sugar-using food manufacturers to compete internationally.

Cane and beet sugar refining is a vibrant and efficient industry that makes a significant impact on the national, provincial and local economies in communities across the country.

The Canadian sugar industry produces approximately 1.3 million tonnes of refined sugar annually in four provinces with a value of shipments of over $1 billion dollars.

Efficient sugar production has contributed in a major way to the development of a vibrant value-added food processing sector; Canada's second largest manufacturing industry. Food processing is now the top manufacturing industry in seven of ten Canadian provinces, and consumer-oriented food and beverage products represent half of all Canadian agri-food exports (See: Agriculture and Agri-Food Canada).

"Canadian sugar users enjoy a significant advantage – the average price of refined sugar is usually 30 to 40 per cent lower in Canada than in the U.S. Most manufactured products containing sugar are freely traded in the NAFTA region".

High quality, low-priced sugar is an essential input to major sugar-using food manufacturers, which account for over $21.5 billion in sales and 20% of all Canadian food manufacturing sales. Value-added by major sugar users is relatively high at an average 40% compared to the food manufacturing average of 30%. Canadian refined sugar has been a significant factor driving investment and export growth.

In addition, sugar is used in producing wine, beer, and other alcoholic beverages, animal feed, seasonings and dressings, and for non-food uses such as plastics and pharmaceuticals.

By generating demand for goods and services, the sugar industry also indirectly supports a number of other economic sectors, including agriculture, natural resources, packaging, industrial machinery, and transportation.

"Value-added" is linked to Sugar

Value-added is a measure of the increase in value of a product above the raw material costs and services. In contrast to total shipments or sales, it provides insight into the economic benefit from processing and marketing an agriculture commodity in Canada. There is a high degree of "value-added" to raw sugar and sugar beets to produce various refined sugar products to meet both consumer and industrial needs. There is further "value-added" when refined sugar is purchased as a major ingredient by food processors. All of these steps provide employment and strengthen Canada’s economy

Taber, Alberta is home to Rogers Sugar beet processing plant. Rogers Sugar contracts with sugar beet growers to encourage continued high quality production and increased acreage of beets. Sugar beets are one of Alberta's main irrigated crops and Alberta is the only province to produce sugar from sugar beets. About 250 Alberta farms plant about 30,000 acres of beets each year for processing at Taber.

Taber's sugar beet processing plant is the only one of its kind in the country. The plant has a processing capacity of 150,000 tonnes and is one of the most advanced sugar beet plants in North America. The plant underwent a $40 million expansion at the end of the 1990s. Installation of a wastewater facility for the plant created more than 20,000 hours of employment alone. Plant expansion has led to an increase in permanent employment and major growth in the local economy through housing starts, retail development and the growth of service industries.

Beet sugar produced in Alberta from Alberta sugar beets is the only sugar that qualifies to be exported to US quotas for "originating" Canadian sugar.

Production in the Taber facility includes granulated and powdered sugars in several package sizes. There are also two types of liquid sugar produced in Taber, liquid sucrose and liquid invert sugar. Both are shipped to industrial customers via bulk tankers.

Rogers Sugar Ltd., Taber Modernization Project was undertaken over a two-year period in the 1990s to increase the production of the sugar beet processing factory to 6,000 tonnes of beets per day, a 50% increase. Engineering improvements included an $8.5 million wastewater treatment plant that was designed, constructed and commissioned in less than one year.

In presenting the Award of Excellence - Resource Development and Award of Merit - Environment to Associated Engineering, judges noted that, "The Rogers Sugar Ltd. project illustrates a good combination of technical excellence and a good use of technology which benefited both the company and the community... [The project] was delivered in a short time frame, utilized international collaboration and products, tried to advance a technology in a previously untried market (food industry), reduced the environmental impact on the city's infrastructure, and led to a 50% increase in production." Today, the plant produces about 1,000 tonnes of sugar daily during the peak season from September to February. 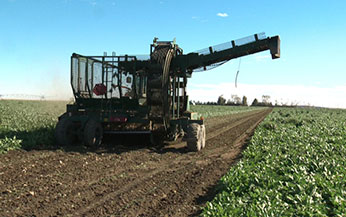 Sugar ingredient costs in Alberta are less than half of the sugar costs at US locations. In comparison to the United States, the opportunity for sugar-using food and beverage manufacturing in Alberta is driven by the availability of locally produced sugar at world market prices. No provincial sales tax in Alberta also contributes to the cost advantage.

In 2018, Alberta's food and beverage manufacturing industry accounted for 13% of total food sales in Canada and the province ranked as the third largest food processor in Canada, after Ontario and Quebec. Food and beverage shipments have grown to $16.2 billion, representing close to 20% of total manufacturing in the province. Increases in sugar and sugar-using industries such as confectionery, bakery and fruit and vegetable processing contributed to the gain (See also: Alberta Agricultural Statistics Factsheet and Alberta Food Data Facts).

The province of Alberta is strategically located to access North American and Asian markets. Alberta is the third largest exporter of primary and processed agricultural and food products in Canada, after Ontario. In 2018, processed agri-food product exports from Alberta were valued at $6.1 billion.

Vancouver, British Columbia is home to one of Canada's three cane sugar refineries. The Rogers cane sugar refinery is located on the Port of Vancouver's south shore. The refinery can produce up to 240,000 tonnes of sugar per year from imported raw cane sugar. The production output of the plant largely depends on the output of the Taber Alberta beet sugar facility and the variable US export opportunities that draw sugar from that plant. Sugar produced at the Vancouver refinery is sold to retail and industrial customers throughout western Canada. Rogers Sugar continues to invest in its Vancouver refinery to ensure that it can continue to meet its customers needs for high-quality, efficiently-produced sugar. The Company's sugar products are marketed primarily under the "Rogers" trade name and include granulated, icing, cube, yellow and brown sugars, liquid sugars and specialty sugars and syrups. 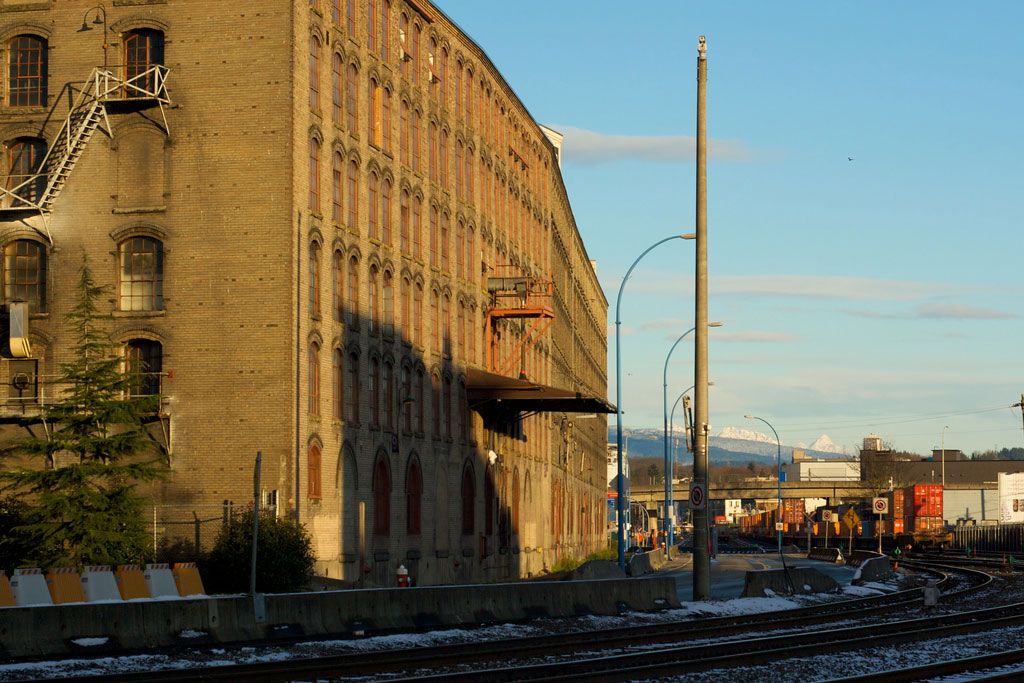 BC's food and beverage processing employs almost 35,000 Canadians with sales valued at over $10 billion (2018). A wide variety of locally processed food and beverage products use sugar as an important input, such as sweetened dairy products, cereals, baked goods, confectionery products, preserved fruits, and specialty food products. Rogers Sugar is strategically located to supply sugar to the majority of BC's food processing companies that are located in the lower mainland.

The British Columbia food industry is dominated by a large number of small and medium sized firms which provide the industry with operational flexibility in responding to shifts in consumer tastes and preferences. These firms rely on a steady supply of high-quality, competitively priced Canadian sugar. 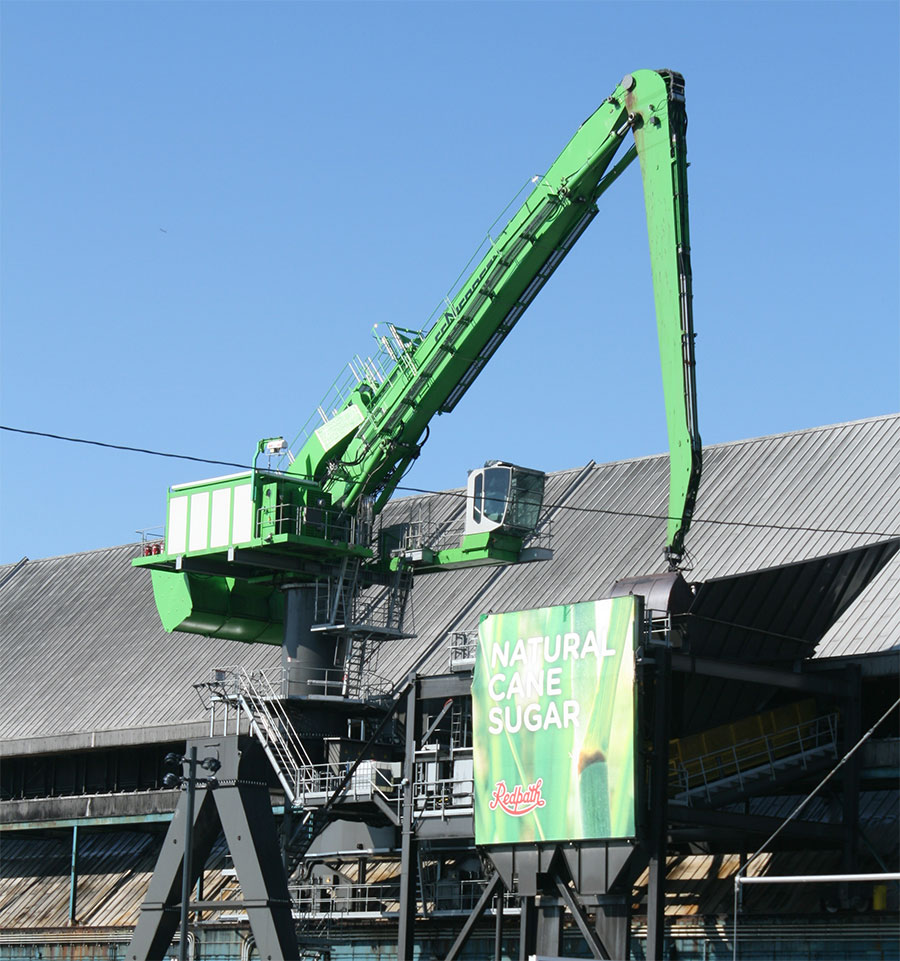 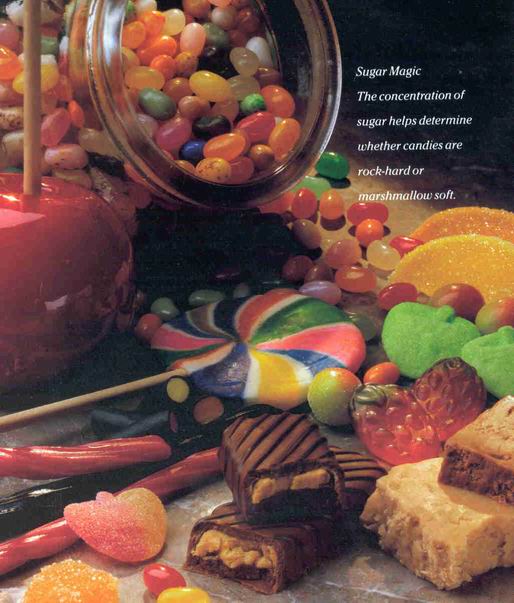 Ontario has attracted substantial investment in major sugar-using food processing sectors including confectionery and baking sectors, which represent $12.3 billion in sales (2018) and account for almost 30% of total food manufacturing in the province. The confectionery and baking sectors are most significant, and together account for 21% of Ontario's food processing market. Since 2000, several major food companies have added new investments in Ontario, related in part to low sugar costs relative to US locations (See also: Invest in Ontario's Food and Beverage Industry and Invest in Ontario).

Ontario is a production and distribution centre for major markets with the United States representing the most important market for exports of sugar-containing products. Major sugar-using food exports from Ontario to the US are valued at $5.8 billion (2019) and account for 65% of all Canadian exports of these products to the US.

Lantic Inc. owns and operates a cane sugar refinery on a 12-acre lot in eastern Montreal. The original plant was built in 1888. Over the years, the building and processing facilities have been frequently upgraded and a major expansion was completed in 2000. This investment doubled the refinery's regular capacity to 440,000 tonnes and with overtime, plant output can exceed 600,000 tonnes.

"With its rich rural tradition and forward-looking entrepreneurship, the agri-food industry is a major contributor to Quebec's economy. The presence of several multinationals, including Barry Callebaut, Danone, Frito-Lay, Kraft and Nestlé, testifies to the vitality of the industry" (See also:  Investissement Québec, Agri-food). 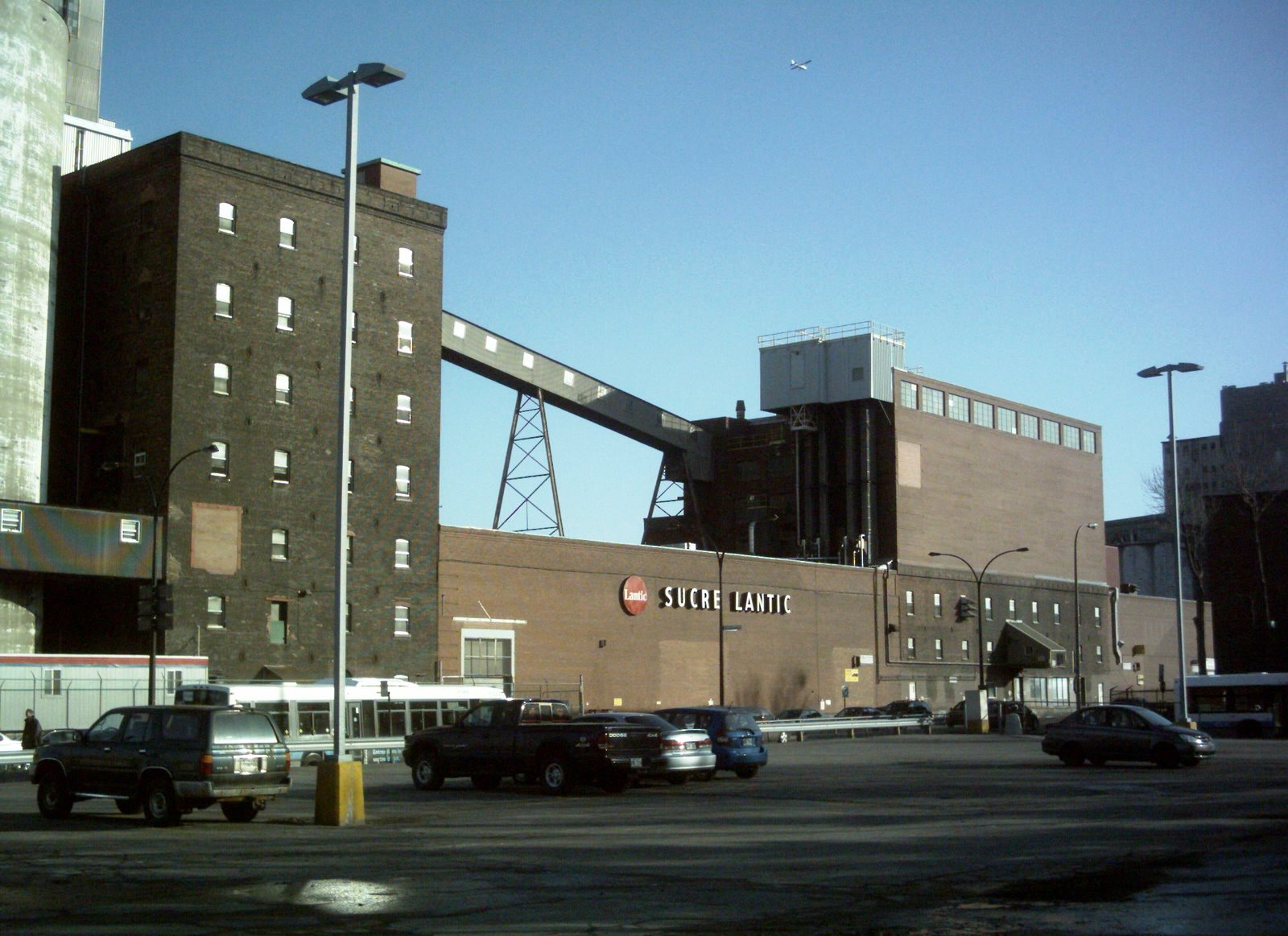 The food processing sector is Quebec's number one manufacturing employer, ahead of chemical products, transportation equipment, paper, and electrical/electronic products. Food processing is characterized by the predominance of small and medium-sized businesses, as well as artisan enterprises that make use of the wealth of local ingredients, including high-quality, low-cost sugar.

There are over 2,400 food processing businesses in Quebec, representing a wide range of sectors, many of which use sugar as a major ingredient. This includes bakeries, beverages, sweetened dairy products, fruit preserving and sugar and chocolate confectionery producers. Sales of major sugar-using food products account for $5.6 billion in sales and $2.2 billion in exports.

The positive economic impact of an efficient domestic sugar industry is felt in every Canadian province, not only those that are home to sugar refineries. The food processing sector is the largest manufacturing sector in Saskatchewan, Manitoba, Newfoundland, Nova Scotia and Prince Edward Island and New Brunswick. A steady supply of low-cost, high-quality sugar is an important ingredient in the success of the food processing sector. Retail consumers also benefit from Canada's efficient sugar industry as domestic sugar prices are significantly less than those in the United States, where sugar is subject to government controls and high support prices.